Another creative tutorial for you!

In this episode Mark Spencer turns it up to Eleven, and recreates the title sequence from the awesome Netflix original Stranger Things.

Link  for Art of the Title article.
Link for the Ed Benguiat font.

Hopefully you’ve had a chance to watch the Netflix original series “Stranger Things.” One of my favorite things about summer is going to the local cineplex to watch the latest blockbusters. As it turns out, the biggest blockbuster was on the web this year.  Much has already been written about the show including the creative inspiration behind the opening title sequence, and my primary interest was in giving myself a creative challenge to see if I could recreate the look and vibe of the show open using Apple’s Motion. 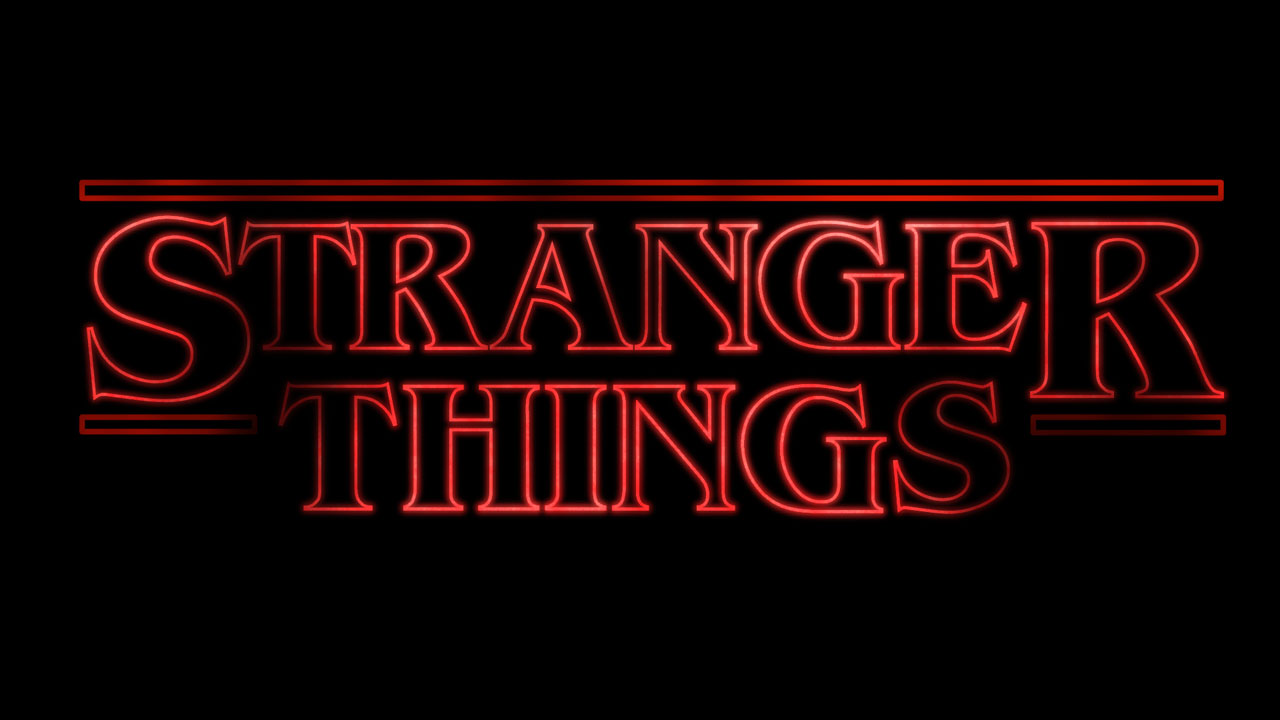 Shaping the Title with 3D Tools

While many title opens like this one are created in the ubiquitous After Effects, one area where Motion has a distinct advantage is working with text – especially 3D text. Motion has a fully realized 3D text engine built into the app and there’s rarely a need to render anything. You get instant feedback when you press the spacebar.

Using Motion’s 3D Tools, I gave the text more weight by extruding the letters and hollowing them out by changing the front edge. The show’s title also had a distinct grungy texture and applying a distress layer was as simple as choosing it from a menu. 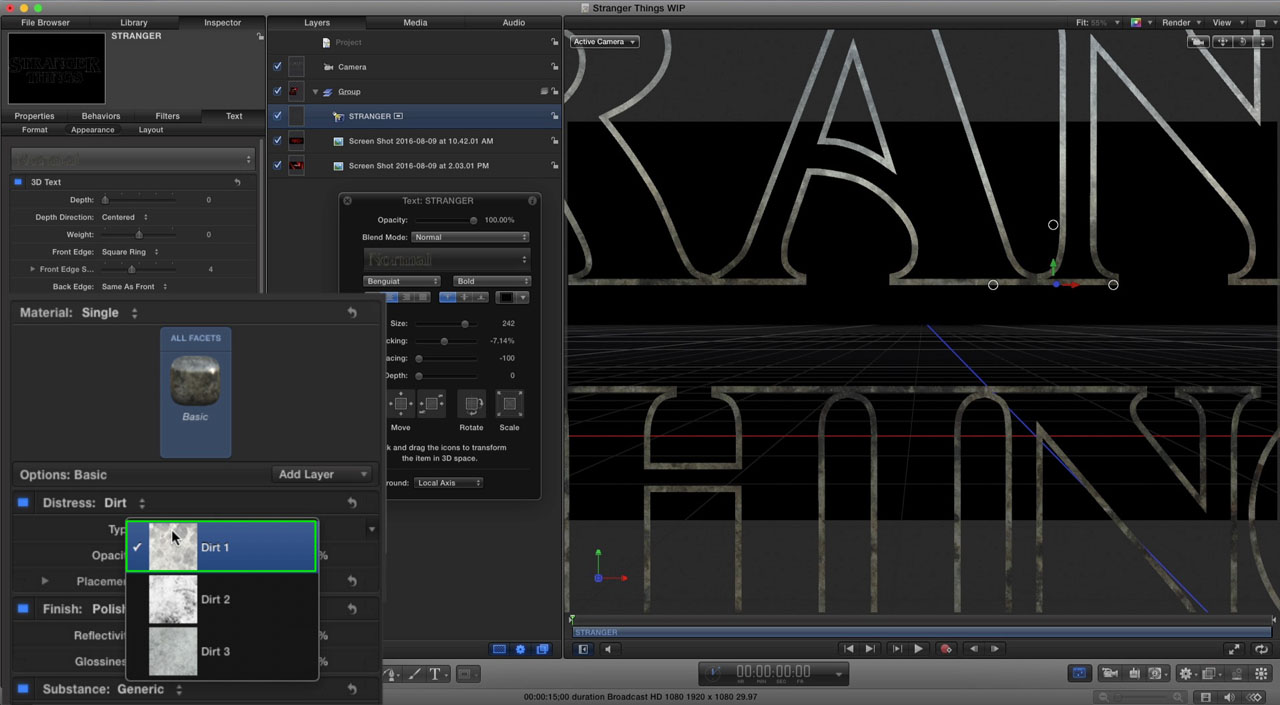 To make the text highly reflective, I added a Polish layer, cranked up the reflectivity then added an Emit layer and changed the color to red. I now had shiny red objects.

To make the text appear to bleed into the dark background, I cloned the text layer and applied a glow effect and adjusted its intensity to match the source title as close as possible.

Adding Cameras and an Image Mask

One of the things that make the title open unique and mysterious, is the close ups of the letters as they resolve into their final positions. At first you don’t know what you’re looking at – just primitives moving through a dark void until the camera cuts wide.
I accomplished this by adding several scene cameras then cutting between each camera layer. To create the uneven lighting across the text I used a Cloud generator as an image mask.

Getting the Text to Behave

To have each letter float into place, I reached for my favorite animation tool: a Sequence Text Behavior. A Behavior in Motion is a procedural animation that does not require you to add a single keyframe. You simply adjust the parameters for moving the letters where you want them to go. In the image below this Behavior was used for animating the letters during the close ups and wide shots where the text floats into place. Attempting to animate all these letters using keyframes would have been a tedious task. 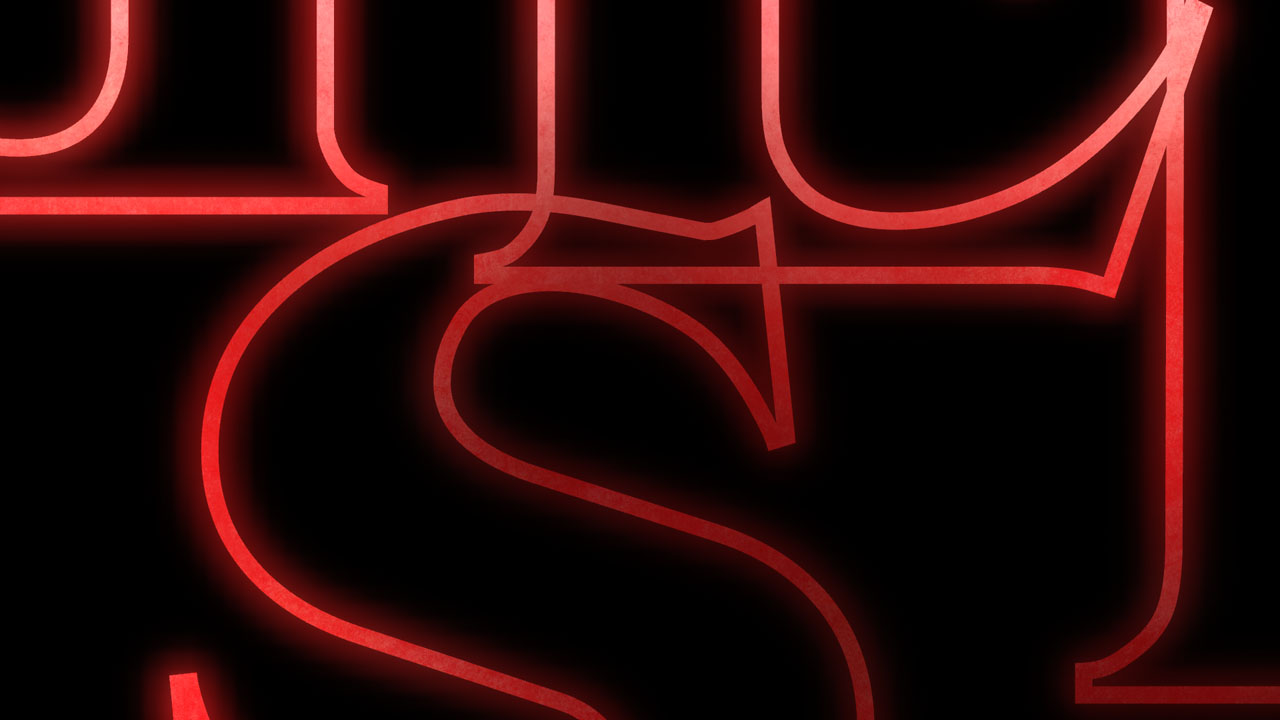 The overall speed of the animation was controlled with only 2 keyframes.  In the keyframe editor, I was able to plot where the titles needed to speed up and where it needed to slow down using Motion’s Keyframe editor. 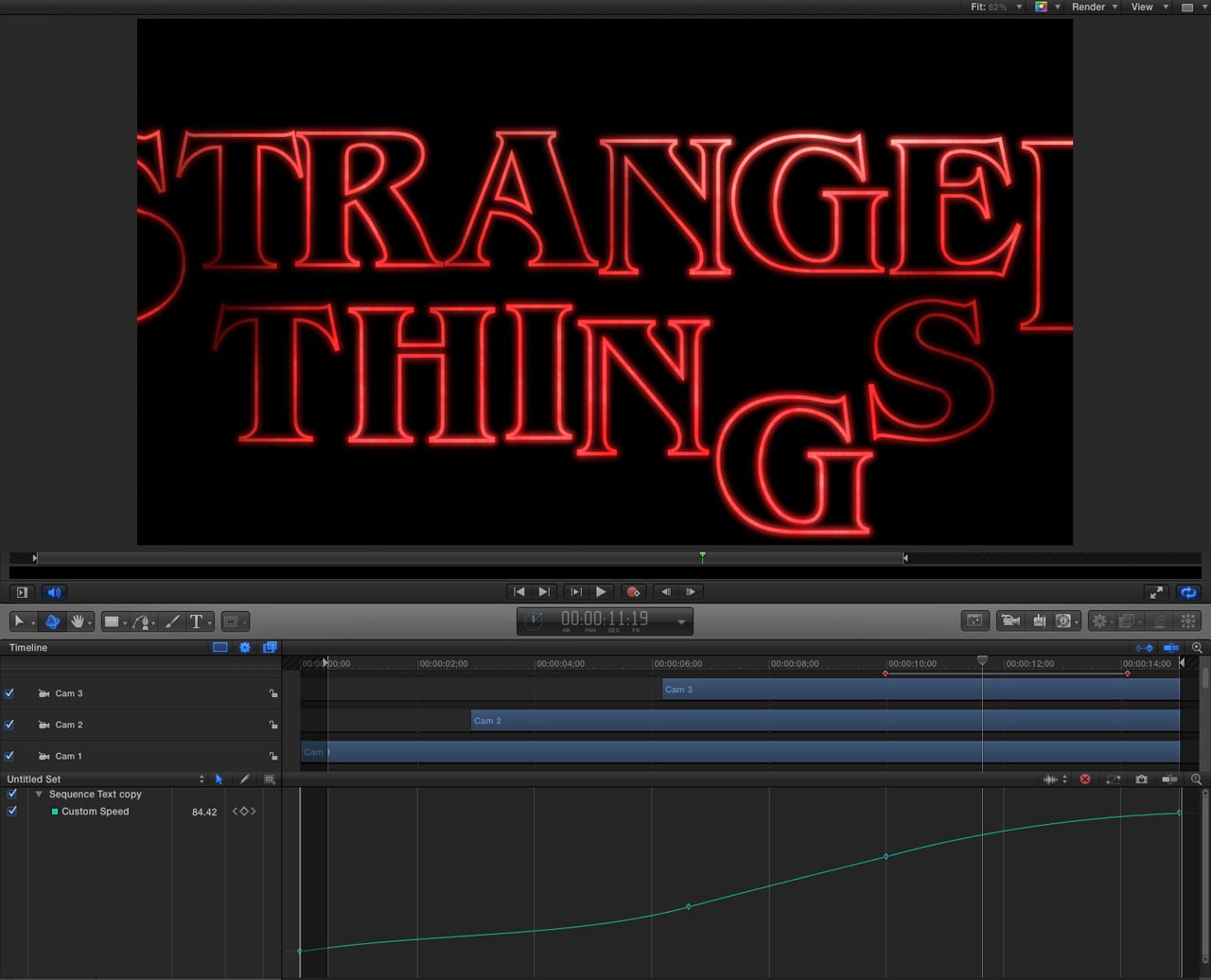 The entire exercise all told, took less than a day. Of course this exercise was not without its challenges and hurdles.  But in the end, while not a perfect match of the show’s open, I’m quite a happy I got it to look very close to the original.  Let me know what you think by leaving a comment.

If you want to open Mark’s project in Motion to deconstruct it, we’ve made that available for you as well.
Stranger Things Titles Project Download
As always, feel free to Comment, Like and Subscribe to our YouTube Channel. If you enjoyed this quick video, you’ll love Mark’s Warp Speed 3D in Motion tutorial.

About the Author: Mark Spencer

Mark Spencer is a bay-area based producer, editor, teacher and writer. Mark is also an Apple-certified instructor for Final Cut Pro and Motion 5 and the author or coauthor of 5 books on Motion, including the Apple Pro Training Series Motion 5, all from Peachpit Press.Full Bio